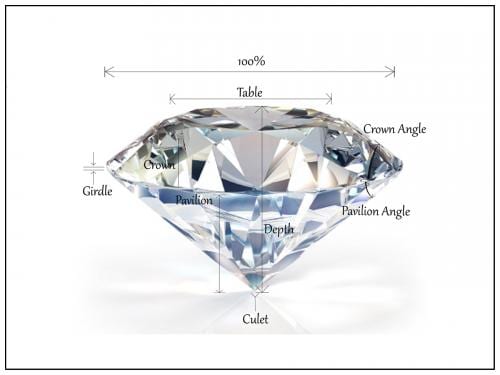 The Truth Behind Dishonest Stone Gradings

How would you feel if you paid top dollar for a G rated stone when it truthfully has an N rating? Probably not very great, because that means that you definitely didn’t get top dollar for your purchase. We place high importance on GIA (Gemological Institute of America) grading for all stones to ensure that you are getting the best possible value for your jewelry. While there are many different labs that grade stones, not all of them are as credible, unfortunately. Martin Rapaport, one of the most credible leaders within the diamond industry, recently wrote a letter about jewelry grading and we have selected key points that everyone needs to know before confirming their next purchase.

The Truth Behind Third-Party Grading

While it is impossible to say that this is the truth about all third-party grading companies, there are some that certainly don’t have the knowledge or morals needed in order to provide you with a proper grading. Unfortunately, over grading has become institutionalized, and hundreds of thousands of diamonds get sold with higher gradings than they truthfully deserve. Why is this a problem? The higher the grading, the higher the price which works to the benefit of the store and certainly not you, the consumer. There’s some that even search actively to find overgraded diamonds so that they can get more bang for their buck; not you, and with a difference in cost that can go well above 74 percent is drastic for obvious reasons. That means that a $4,200 diamond would be sold for up to $7,300.

Its Unethical and Costly

While it isn’t costly to anyone else but the customers, it is definitely unethical for obvious reasons, and cheating the stone trade ruins the entire industry altogether. For lack of better words, selling overgraded stones would make such companies thieves and cheaters as they are well aware that you paid a significantly and unrealistic price for your stone, and the reputable business within the jewelry industry are not in support of this; just as you probably aren’t either. It’s eating away the entire appeal of diamonds. They’re prestigious, stunning, reputable and having dishonest gradings displays the qualities of purchasing coal.

The Difference With GIA Grading

With all that bad news, let’s reverse the subject and turn this topic into a positive one. Gemological Institute of America created it’s standards back in the early 50s and have continued to be praised for honest, diamond grading reports. That’s also not to mention that their grading standards are accepted by the international trade; not just national.

With all of this said, there is a movement that is actively being sought after for punishment against those companies that are selling dishonestly graded diamonds knowingly. Retailers will be held completely accountable for any and all misrepresentations of stone qualities to people just like you; customers. This is excellent for obvious reasons and dealers, jewelers and other experts who sell diamonds and stones will be expected to attain higher levels of product knowledge.

So, what should you take from this article? Although it isn’t legal for one to sell overgraded stones, there is always going to be a piece of coal in the pile of goal. Try to always go companies that offer Gemological Institute of America grading as they actively avoid false gradings to ensure that the customer, you, has top priority and gets the biggest bang (and sparkle) for your buck.

Please let us know if you have any questions about Item Overgrading and someone will get back to you as soon as possible.